WRITE ON: Two rallies for one lake

What a difference six months can make.

Next Saturday, Jan. 31, Geneva will be the site of another regional rally. But this one is to make it clear the future of the lake is not solely in the hands of misguided Schuyler County elected officials.

The rally has also been organized to demonstrate the rapidly growing regional — and nearly unanimous — Finger Lakes solidarity against the project.

The Geneva rally will begin at Waterfront Park followed by a march through downtown (with a visit to GOP Congressman Tom Reed’s office) before ending up at Geneva City Hall.

Speakers include Seneca County’s Steve Churchill, environmental activist Sandra Steingraber, Geneva City Councilman Ken Camera and Doug Couchon, one of the key organizers of the “We Are Seneca Lake” group.

We Are Seneca Lake has been grabbing state and national headlines since October for its blockade and arrests at the Town of Reading site where Crestwood of Houston has federal approval to store natural gas and is seeking permits to add LPG — under high pressure — to its underground inventory.

Two hundred people had been arrested for trespassing as of Monday. Arrests continue almost daily.

The Geneva rally, dubbed “We Are Seneca Lake, Too,” is part of the run-up to the Feb. 12 state Department of Environmental Conservation issues conference in Horseheads.

James T. McClymonds, chief administrative law judge for the DEC, will be taking testimony from proponents and opponents.

If McClymonds believes the issues and evidence opposing a state permit for the LPG storage are weighty enough, he is expected to recommend a court hearing at a later date.

It’s like a playoff game. Everything is on the line for opponents who need to convince McClymonds to give them a day in court. The same for Crestwood, which wants the permits issued to start LPG storage in the caverns right away.

Among other issues, the danger posed to lake water quality is expected to be a key matter on the table. Seneca Lake currently provides water to more than 100,000 people.

While both sides have prepared their evidence and lined up a slew of experts to testify, the Schuyler County Legislature — the same legislature that voted to support the LPG storage in July — decided against becoming involved in the conference, instead opting to let gas industry lobbyists make their case for approval.

But in a surprise move, Schuyler legislators Michael Lausell, a Democrat, and Van Harp, a Republican, broke ranks with their colleagues and filed with the DEC to be allowed to offer evidence and testimony outlining concerns about sketchy safety protocols in the county to handle any propane storage related emergency.

Their action constitutes a political earthquake and directly challenges Dennis Fagan, just reelected legislative chair and an ardent booster of LPG storage. His support comes despite citizens’ demands he recuse himself from all gas matters because of a perceived conflict of interest. Fagan is up for reelection in November to keep his legislative seat.

The political case has been tightly stitched against the LPG storage with each rally, the regional alliance, official government-backed resolutions, arrests and overwhelming public opposition.

If the scientific case presented Feb. 12 is as strong, perhaps the next regional rallies will be celebrations of making it through this playoff.

Fitzgerald worked for six newspapers as a writer and editor as well as a correspondent for several news services. He lives in Valois and Watkins Glen with his wife. They are owner/operators of a publishing enterprise called *subject2change Media. His “Write On” column appears Fridays. He can be contacted at Michael.Fitzgeraldfltcolumnist@gmail.com. 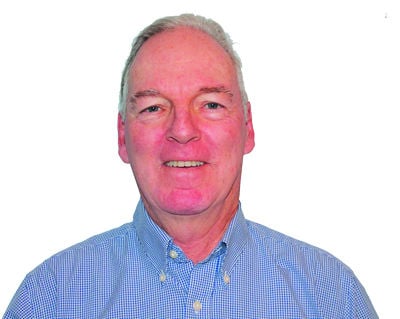